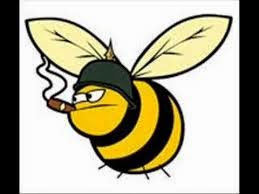 Well here's another ping that explains it:

(8:08:06 PM) directorbot: SQUAD BROKEN: NCdot is leaving Querious (and sov itself). Darkness SCSAAs are reinforced because some idiot thought building supercaps in Delve during the Fountain invasion was a great idea. Fraternity is disbanding. Nulli is evaccing from PL to a system called (you can't make this up) 3-BADZ. Black Legion is resetting their N3 comrades because even they are fed up with them.
I broadcast yesterday that I was waiting on the CEO Update to see some of the above variable settle out, and it seems they've settled out into what may be the first coalition-level failure cascade in the history of Eve. We've seen it happen to allainces, but a whole coalition in the space of four days? God damn.
NOW IS THE TIME FOR BOLD ACTION - We will be redeploying and assaulting the enemy EVEN HARDER as they break and run. We will not wait and give them pause and a chance to regroup. They break, we chase and cut them down. Announcement will come with the CEO Update which I now have no excuse to not get off my ass and write. Titans to abort in Delve, Vee's Cruror to rescue (for realsies this time), regions to duckwalk out of after giving our enemies the finger, the whole shebang.
~~~ This was a broadcast from the_mittani to all

CFC: approx 40k pilots, mostly older, more supers and titans than anyone else. They live in the NW of the map.

PL: have abandoned holding sov and now live as mercs.

BL: abandoned holding sov a couple of years ago, live as mercs.

Russians: Mostly fighting each other, traditionally avoided by the English-speaking blocs.