A return to Magic: The Gathering, this time online

My Christmas present to myself was a starter pack in Magic: the Gathering Online.

I have a long and rather complicated relationship with this game.

I played obsessively and competitively with the paper version about 20 years ago. I won two national tournaments here in the UK. (Not quite US standard but still pretty good). I spent about £5000 in the 18 months or so I played which seems to me a ridiculous amount of money for a game. (By comparison I have 5 accounts in Eve and pay about £90 a year, paying for one and getting isk for the others as I play).

So it's with an element of trepidation I get back into it.

So what's the attraction?

Magic is quite simply a very good game on many levels. It's fun, it's utterly absorbing, it's competitive and rewards competence and dedication. It also has an astonishingly deep metagame with an economy more complex even than Eve's and wonderful stories of shennanigans and bonhomie.

After some research it seems you don't need to be much better than average to more or less pay your way through the game. In fact if you're above average it's very possible to "go infinite." To play competitively you pay in a currency known as "tix" (a virtual item properly called an Event Ticket) and that wins you boosters depending how well you do, which can be sold for more tix. Win enough boosters and you take out more than you put in.

Of course there's a great trap in Magic and it's the hidden secret of most game economies. Most people don't cash out. And it's very easy to say to yourself "oh I have spent £200 but I've got cards worth £200 so I haven't really lost anything," then you stop playing, never cash out, and you've still spent £200 but you never got £200 back for your card collection. This is why cards like the notorious Black Lotus are so expensive because most copies of the card are sat in storage somewhere gathering dust (well hopefully not literally - dust is mildly acidic!)

The attraction for me is the complexity and seeing how well I can do. I'm not particularly bothered about having access to all the cards, as I was when I was a serious competitive player. (The danger though is that if I start playing it a lot I might get sucked back in). So for me that gives me the chance to eventually become a big fish in a small pond so to speak, ie a player who wins quite often but still hangs around the little leagues.

It's also a wonderful game, tense, utterly absorbing and a test of intellect.

I certainly haven't given up my other games, still playing Eve and Hearthstone but at some point the latter might have to go. Hearthstone feels very light after Magic, usually I know if I'll win or lose in 2 minutes in Hearthstone.

Next post I'll explain how I'm going about getting started with links and a strategy.
Posted by Stabs at 00:00 3 comments:

The circle is now complete!

The circle is now complete, the pupil has become the master. 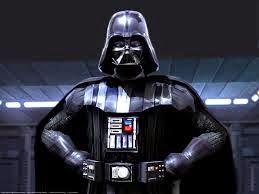