EQ2E: Good fix to the problems when downgrading your account

SOE has fixed the problem I reported that hit players who downgraded from subscriber to non-subscriber leaving only characters visible to which they had no access.

There is a Shop Now button in the centre of the log on screen. It offers a pared down version of the cash shop. You can buy character classes, race packs (of 3 races), silver membership, and additional character slots.

SOE are following up their weekend of free Gold level subscription with a discount on Gold subscriptions, detailed here. It's $5 off the price but only if you upgrade by 30/11/10.

The free to play model of this game is emerging as considerably more subtle and sophisticated than first appeared. When Extended launched the blogosphere looked at Lotro's matrix and EQ2E's matrix and overwhelmingly came down in favour of Lotro. I agreed, in fact the only reason I picked EQ2 was because I much prefer it as a game and quite simply I want to play it more. If I'd felt more drawn to playing Lotro I would have been swayed by a more attractive matrix.

However, it's not just about the matrices. It's about the deals.

There's a lot of very clever marketing psychology going into the EQ2E business model. In fact it's directly drawn from Cialdini's very influential book Influence, where the world got one of its first glimpses into the underbelly of compliance psychology. This weekend has seen many of Cialdini's principles evoked:

- the free sample evokes Reciprocity. Hey these guys are being nice to you, why not give a little back?

- a spike in concurrency as people race to try the freebie evokes Social Proof. 50 million Elvis fans can't be wrong!

- the limited time for the $5 off offer evokes Scarcity as does the weekend length of the freebie. Gotta grab it now before you miss out, guys!

- free to play in general evokes the Consistency principle. Of course it's a great game - my time's too valuable to waste on second rate games!

- the process of MMOs in general and EQ2 in particular encourage the Liking principle. I'm a bit bored but I have such a great guild I feel I have to log in. (It's notable that unlike current WoW where people are often rather bitter about pugs EQ2E has a very positive and enjoyable pugging culture).


It seems that EQ2E has now slipped under the radar of bloggers and games journalists. No one at F13 is talking about it, the only blogs that mention it are those written by people actively playing, the press seems to have moved on. I think its numbers though, both the number of people playing and the amount of money the game makes are going to be surprisingly high. Their problem (challenge if you prefer) is getting people to try it. But once it's on the hard drive it is going to be very hard for people to lose interest. Even if a new shiny comes along like SWTOR or Rift people are still going to be tempted back for these special offer weekends. It's really innovative and clever marketing.
Posted by Stabs at 00:06 2 comments:

There are a few quite odd aspects to this. First, it's been announced quietly and with very little notice. I keep an eye on the EQ2E forums and I've only just found out about it after the weekend has already started. There was no notice when I last logged in to the game a couple of days ago.

Next it has the potential for chaos. Sure, you can make new characters. However I don't think they've solved the problem I talked about before where if you're not subbed and the most recently played characters require a SC purchase you can't log in and because you can't log in you can't buy the character. So whatever you do don't jump at the chance of trying alts out and leave your account full of Froglock Paladins - you won't be able to log in when you revert to Bronze or Silver. (The workaround is to make sure your most recently logged in character, or second most recently logged in character is free or of a race and class you've already bought - you won't be able to buy it after your account downgrades but as long as there's a legal character displaying to log in with you can get into the game where you'll be able to buy races/classes/extra character slots).

The Gold upgrade offers three things which are of long-term benefit:

- you can use the broker. Fill up a couple of boxes with junk for sale and when you revert to non-subscriber it will stay on the broker listed for sale. As a non-subscriber you can't add to what you are selling but stuff you've listed will continue to be available. Every week or two you can check to see if there's some cash to collect.


- the other very useful thing is that you can tweak your AA slider. So if you want to have more punch than a character of your level would normally have set the slider to 100% and blast through some experience-rich content. Or if you want to accelerate your levels and don't mind being AA-light set it to 0% and grind some exp.

This coming week will be a very good time for the shrewd to try Everquest 2 Extended. Whether you're idly curious and don't mind spending a little to satisfy that curiosity, whether you're already trying it and have been thinking of spending but haven't yet or whether, like me, you've spent a little and are really enjoying it the upcoming deal is by far the best time to splash your cash and probably won't get repeated for a while.

There's 50% off Station Cash (the currency needed to buy just about anything) and daily deals. These effectively double dip so you can buy currency cheap but then also buy shop stuff cheap for a greater than 50% saving over standard.


My suggestion for casual players is spend $12.50 for $25 dollars worth of Station Cash. Plan on buying
- upgrade to Silver status (1000)
- race of choice (750 or free if you want to play Human, Barbarian, Erudite or Half-Elf). I reviewed the free races here.
- class of choice (750 or there are 8 free ones - I'll try to get a review of the free classes up later this week).

Now don't unlock anything immediately, play a freebie to start out. Just buy some cash then check the deals each day to see if what you want is discounted. If you got enough currency left over buying a guild for your alts is a good workaround for the storage limitations. (More fun though to keep your main in with other people). Buying an extra character slot is also a good long term choice, taking your 3 slot silver account up to 4.

Additionally you can add 250 Station Cash to your account by logging into Free Realms once. (It downloaded in about 5 mins for me).

So all told for $12.50 (£7.79) you'll get at least $27.50 into the paywall, more if they discount things you want to buy. That means you turn a game which is really good but almost cripplingly limiting in its basic version to a game which is really rather splendid and can sit on your hard disk for years as a very playable option.


The deal runs from 3rd-9th November. That encompasses both my birthday and Guy Fawkes Night so in the spirit of freedom: 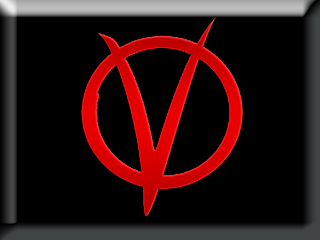