A Waffle supporter's guide to the AT


This year, in Alliance Tournament XIV, Waffles begin our quest with a truly tough game against the excellent Tuskers.

The AT schedule is here.

Waffles are match 9 in the second system so we should be playing at 14.40 on Saturday 1st October against Tuskers.

If we win we will play another match on Saturday at 19.00 against the winner of Rote Kapelle v Dreamfleet.

If we win that we play next at 19.40 on Sunday 2nd October against the best team from MC., Castabouts, Brothers in Arms or Paisti.

If we beat Tuskers then lose to Rote/Dream, we play the winner of #63 which will probably be RONIN v Free Gates at 17.00 on Sunday 2nd October. Winning that would make us play again that same evening at 20.00 against the winner of the second best team from MC., Castabouts, Brothers in Arms or Paisti versus the third best of End of Life, Agony, PIXEL, and Templis.

If we lose to Tuskers we play the loser of Dream Fleet v Rote Kapelle at 13.20 on Sunday 2nd October.

Winning that would see us play the second best team from RONIN, Red v Blue, Samurai Soul'd Out, Free Gates Coalition at 16.20 on Sunday 2nd October.

Winning that would see us play again on the Sunday, at 19.40 against the winner of  second best of End of Life, Agony, PIXEL, and Templis versus third best from MC., Castabouts, Brothers in Arms or Paisti.

We'll hopefully have a busy weekend and may even survive into Day 3 on Saturday 8th October. I know we'll do our very best, in gladiatorial tradition, to entertain you with our blood.

Catch it on Eve_NT Twitch this weekend and wish us luck. If you want to bet Eve-Bet offers a pretty decent service here. 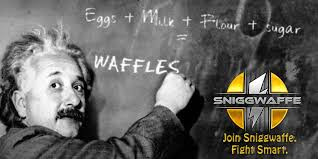 
I drove up on the Friday, allowing plenty of time which was just as well because the M1 motorway sucks on a Friday. I stayed in the Holiday Inn at Castle Bridge Road and happened on it by luck just as I was entering Nottingham and wondering where to go. I had a brief nap then got a cab into town.

Antenna has a foyer area, a large bar room and upstairs some smaller rooms. I spent most of my time in the big room. 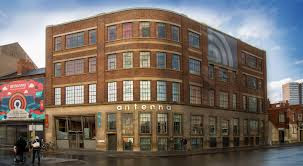 Friday night I tried to find my corp mate White Orchid but he wasn't there yet. Still at least I was in possibly the only bar in town where I could walk up to groups of strangers asking "White Orchid?" and not get thumped.

I did meet a whole host of Eve players from GalMil, Corvus from CalMil, from Provi, from the Rekking Crew and the tourminati including Bei, Nashh and Suitonia. I was also delighted to find several Pandemic Horde members there including some of their leading tournament players Catatonic Dawn, Taston Thorne and Brett Thomas Thomas.

We received some bling for turning up - I got a rather snazzy Eve_NT T-shirt a voucher for a plex and a voucher for 100m isk eve-bet credit.

There was an idea to get people playing boardgames but despite the best efforts of the genial Tiberius Stargazer I don't think anyone did, preferring to chat about Eve.

Rules and ship fits for the next day's tournament were announced: it was to be pirate cruiser plus either navy ewar frigate or assault frigate to make a team of two. All the standard ships of those classes were available and the fits were T2 with T1 drones.

I called it a night so I'd be well rested for the next day.


Despite the early night I overslept, waking just after 11am. I took the time to get cleaned up and feel fresh then got a cab in. It's probably walking distance for most people but I have a minor disability.

I met White Orchid who's great fun and we promptly started plotting and planning for the tourney. I looked for my playing partner but didn't find him.

We were up third and took Ashimmu and Retribution against Vigilant and - I think - Enyo. We warped  in at 30 and I misplayed the match start. I underestimated the Vigi's burst speed. I moved sideways with MWD unheated while the Vigi rushed me. I didn't get my first web on until he was at 15km (my web range was 26km) and failed to stop him from coasting into his web range and once he got me webbed my pulse lasers would be no match for his blasters. My poor playing partner, Abraxas, who was new to pvp and who I'd tried to quickly help but only confused more was still trying to figure out how to lock up the bad guys when I told him I was dead and we'd lost. It's a short and brutal format very suitable for resolving large numbers of competitive matches.

White Orchid was up next and he won to the sound of my loud cheering, carrying the honor of Waffles forward to the next round.

The tournament was displayed really well with a large screen and several smaller screens and we spent the next hour or so watching matches. White Orchid got eliminated in round 2 despite the removal of the oppressive Vigilant from the format. (I maintain that Gallente rush is beatable - it's very strong however against anything less than perfect piloting).

I had missed the first of the small  room presentations  (from CCP) but went upstairs to see the CSM presentation. For the most part it didn't tell us anything we don't already know: the CSM communicates with CCP on various platforms, the current group is less dysfunctional than previous groups, PL is good at heckling). I did get a very interesting answer when I asked about Alpha clone players. Jin'taan doesn't consider them his constituency and isn't planning to reach out to them or represent them other than by responding to forum posts on the CSM section of the Eve O forums. Doesn't seem terribly democratic - imagine Alpha representation will be an issue in the future.

The next presentation was by RocketX on the operations of the Rekking Crew. They live in Derelik and track down and kill supers. Victims of their own success they've tried branching out to do different things including an AT ship hunt that bagged a Fiend and a partnership with a Molden Heath alliance which gave them opportunities to respond to batphone requests. They've never lost a fight involving supers and have killed 100 supers. Impressive stuff. Equally impressive was the Pikachu costume Rocket wore to give his talk.

I skipped the next talk (on Valkyrie by General Stargazer). I also declined to check out a games room they had with Gunjack and Valkyrie in. I'm mildly interested but was in more of an Eve mood.

I went downstairs and watched the quarter finals of the tournament. Got something to eat - a Halloumi sandwich. I didn't know what Halloumi was but it's cheese and was served with chilli sauce in kebab style with little skewers. Pretty tasty.

I met more Eve players including a bunch from Zebra Corp who had been in The Bastion at the same time as me, some guys from Blades of Grass with whom I shared Hero Coalition roots and some people I shoot at in low sec. It's a small universe when one is a much-travelled space whore.

I was also working on and discussing an idea I have for a new player friendly tournament experience and it was good to get feedback - some of it supportive, some strongly opposed.

The tournament narrowed to 2 close fought semis with some really excellent piloting on display.

Then there were some charity things. All day long Nashh's wife had been patiently selling raffle tickets for a charity that is working to build a nature sanctuary in Montserrat. That raised nearly £1000 so Nashh offered 10 plexes to whoever bought the ticket taking it to £1000. I tried to game it and was one ticket off, seeing the person in front of me buy two tickets, miss out, then buy two more and win the ten plex.

There was a charity auction. An odd looking device that seems to be part lamp part air freshener and which looks like it was stolen from a Doctor Who set was sold for some absurd number of plex in a fiercely competitive auction. The proceeds will go to Care 4 Kids.

Meanwhile Brett Thomas Thomas had been clearing up on some of the various Beat the Master video game challenges that were dotted around the venue, swaggering up to our table 18 plex richer and with a huge grin.

The tournament resumed and the team with 2 guys from Lumpy won in a meta now dominated by Cynabals. They were then split up, given the dubious assistance of random very drunk CSMers and Rhiload triumphed to the delight of his temporary team mate Jin'taan who showed what a master politician he is by milking the credit despite dying in the first fifteen seconds.

Next was an exhibition match players v CCP which allowed Bei and Nashh the chance to show what good players they are.

At this point in the evening the music got louder and I was feeling the effect of 4 bottles of Magners so I decided to say my goodbyes. I got into a good conversation with CCP Goliath who did his best to convince me to go to Iceland (and I'm tempted) and who was supportive of my idea for a grass roots tournament.

The last person I said bye to was Nashh who really was everywhere this weekend and did a great job as organiser.


There was a breakfast meet in a video games bar but I chose to get an early start on my journey home instead, making very good time on the empty roads of pre-6am M1.
Posted by Stabs at 04:09 2 comments:
Newer Posts Older Posts Home
Subscribe to: Posts (Atom)