My new blog: writings on everything.

Hi, I've realised that I like blogging but that nowadays I'm no longer so absorbed by MMOs nor do I have much interesting to say.

I've also realised that blogging narrowly on a topic can be a straightjacket.

It's not the first time I've realised this. My first blog was called Death Knight Spree at a time when I couldn't imagine doing anything else in life that playing a Death Knight in WoW.

I hope you'll consider adding it to your feeds, blogrolls or however else you receive updates. If not I hope you've enjoyed reading Stabbed Up and I hope that you appreciate how much I've loved being part of our remarkable MMO blogging community over the last 10 years.

In any game one should only do stuff that's fun. That said, I rather enjoy daily tasks in Elder Scrolls, particularly the crafting writs.

It might seem a bit mad to alarm clock at 4am to update riding skill but in these lockdown times I'm quite often awake in the night anyway. 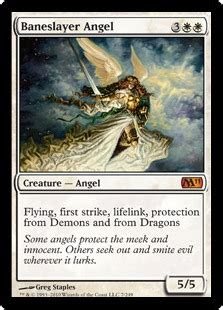 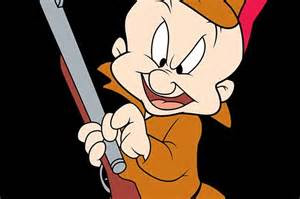 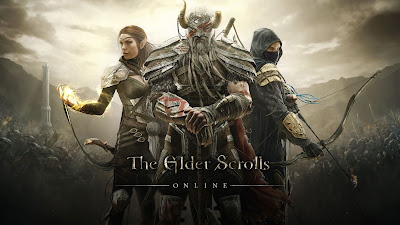 1) Daily reward. This is a freebie and since when it hasn't been claimed yet the screen to claim it pops up it's no more work to accept it than to click and close the window. Even in terms of time it's free.

And the rewards are good. For May there's a total of

These rewards are so good it's worth considering making an extra account or two for c£14 as a one-off payment at which point it does become a minor timesink to log over to the second account and collect free stuff. I decided to make one account and I'll talk more about that in a later blog post.

Quite tedious, you can learn 1 point every 20 hours up to a max of 60. +60% mount speed is pretty important. I guess in a way you get the time back as you play simply by not moving slowly. It takes me about 20 minutes to upgrade 11 characters across 2 accounts if they're all waiting at the stables.

Researching traits is essential for a serious crafter and a nice extra on other characters who might need to respec traits at some point.

6) Restock guild stores. I usually sell across 1-2 guild stores plus my casual guild's store if we have one up. You have to cancel orders that aren't selling and put up different stuff to make sure you hit that guild's minimum sales volume or else they'll kick you. Being kicked doesn't matter much as you can just join another trade guild (or perhaps even the same one). If you're serious about being a goblin then you'll probably focus on materials, highly used potions and foods and highly prized gold or mythic items. The cottage industry nature of ESO's economy doesn't really reward being a goblin as far as I can see so far - there simply aren't enough eyeballs on the items you're selling.

7) Inventory management. This is a major part of the game and sometimes you just have to wade through all the junk you've picked up and dispose of it in the most constructive way possible. It's good to combine this with mail and decon.

8) Deconstruction. As I play I fill up my bank with weapons armour rings and glyphs that will get disenchanted. I often combine this with my morning writs/mail and store management to set me up for a well-otganised day.

Big fat experience bonus for the first random dungeon on each character. This is my main way of levelling alts. Just log in, get their dungeon done, log out.

These are tedious unless you're really good at pvp. So far as a newbie I've been a drag on any team unlucky enough to get me which means I quite often am on the team that comes third and misses the rewards. It's just not a good experience to get massacred and then miss out on the reward. This one usually falls below the bar for me, I tried them out when I started the game but now I don't do them.

11) Daily pledges. A pledge is a quest for group dungeon content. The rewards give you access to chests which hold part of the game's "monster sets" and give you Undaunted rep which is a pretty useful skill tree on every character.

12) Enlightenment. Bonus experience which accumulates daily but stays for 12 days. This doesn't have to be used daily but you do need to use it up every 12 days to avoid waste.

13) Daily repeatable quests. Not currently on my radar as the storyline quests pay better rewards (ie skill points). The main virtue is in collecting rare motifs by doing a lot of grinding of these quests. Perhaps the best ones to do are the Cyrodil or Imperial City ones as most players don't like pvp.
Posted by Stabs at 07:59 No comments:

MTGA: analysis of the mastery upgrade for Theros Beyond Death

I've written before about the mastery system in Magic Arena. TLDR 4 wins a day will comfortably max out your mastery.

The first 3 items alone clearly return more than the gem value making this well worth it. It's effectively 1150 free gems if you're an active player.

The other benefits are nice to have on top but not benefits I'd pay money for. But unless you're committed to playing for completely free (which is perfectly viable) then this is an essential upgrade for anyone who is willing to spend money on this game.