I piggybacked a strat op to test out my new Griffin fit. The video contains some swearing from a rather stressed FC.

0.00 The main fleet took a fight, I jumped back to help them out. I kept a Lachesis permajammed until we bailed. I probably bailed a smidgin too early. When I sensed the FC was about to leave instinct took over and I warped off. It would have been better to stay on grid an extra 2 seconds to make sure the Lach didn't point something.


03.04 I blithely cross-jump a 70 man HAC fleet and go for their toasters. Pre-heat my mids and warp in at range. There are two Nereus supported by a frigate. The sequencing is quite important: align, lock, turn modules on, add jam one by one. My first jam hits so I target the second Nereus and my first jam hits on him too. That'll do, I leave before the frigate can get to me.

I then make a mistake and warp back to the same node. One of the Nereus is leaving, I re-jam the other one and warp off. My first two jams fail and it takes the third one to get him.

06.37 I warp to the node I previously wanted and it's quite well defended with several combat ships as well as the toaster. I jam the toaster but their interceptor gets a point on me. I manage to jam him with off-racial jams and escape.

I take my leave, the nature of entosis timers is that fleets spread out, particularly the toaster and there's no need to risk losing my ship in a system that's become too hot. Besides I've stopped them there, they won't be finishing the nodes for at least 2 cycles. A cycle is 5 mins on a T1 entosis module. Hopefully I'll have looped back around just in time to jam them again before that finishes.

09.16 There's places to dock and repair all over space. I use a citadel in NPC Curse to get rid of heat damage. This would also be a good opportunity to change my jammer loadout but I'm happy with 4 gallente.

09.59 Oh did none of your friends stay to protect you? An easy score for The Lone Jammer.

10.40 Spirited attempt by the Slasher pilot but he's not quite fast enoough to stop me warping in and jamming his friend. I warp off with him 44km and closing fast.

11.16 Hmmm, maybe this was a bit too much, I'm a little slow finding the Nereus and the fleet pops me before I can jam. With hindsight I probably should have avoided the very heavily defended nodes but I wanted to test the fit.

11.38 There's the loss mail from which you can pause the video and take the fit. 1.5m isk very well spent. 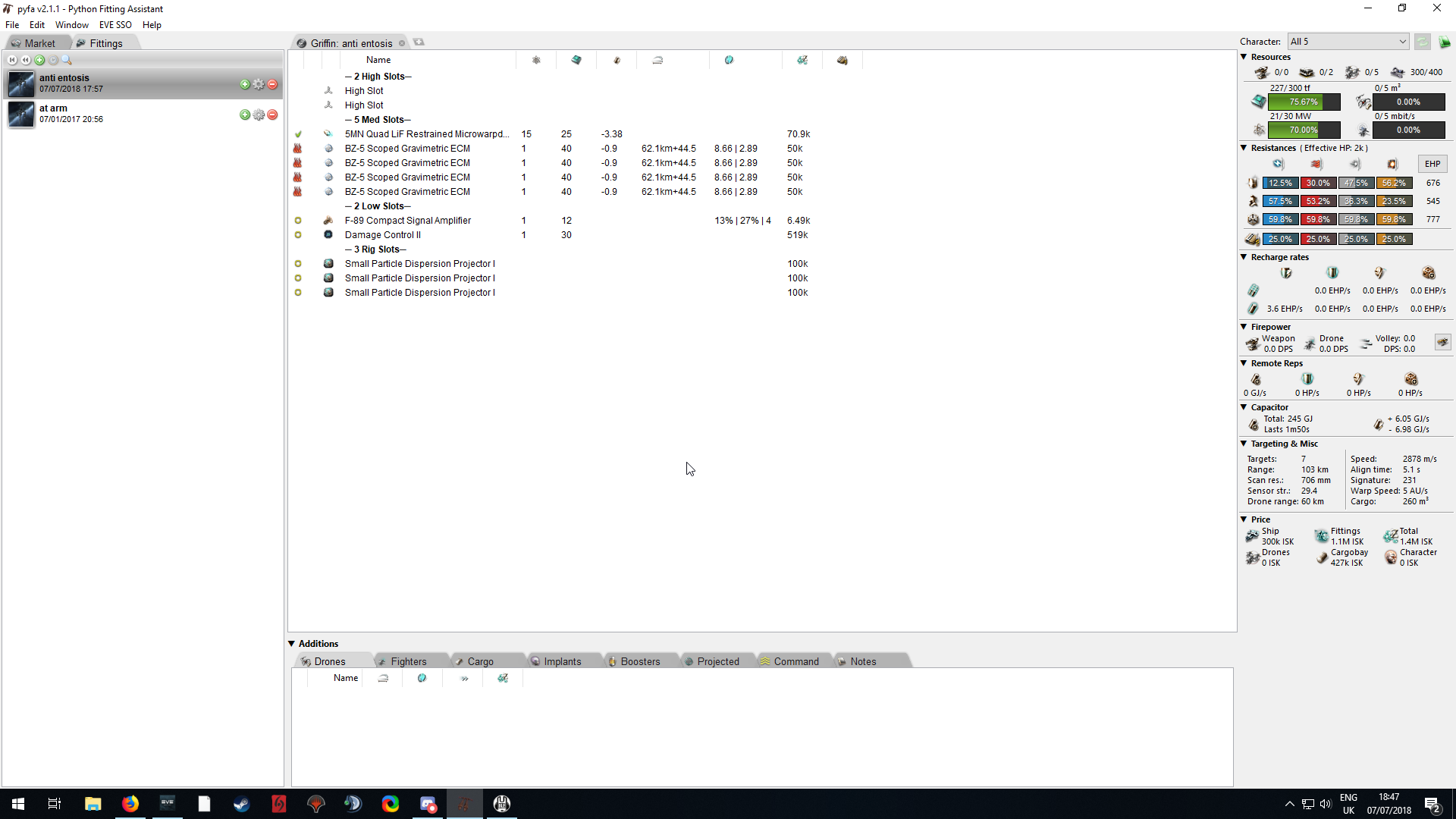