The Brave Alliance Tournament team featured on another podcast this week:

We were delighted to be part of their show and they asked us interesting questions.
Posted by Stabs at 11:23 No comments: 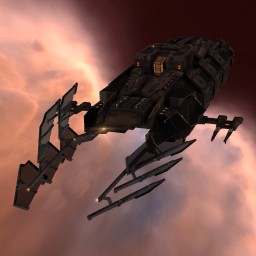 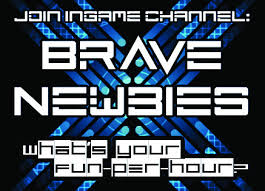 High Drag is always excellent and should be on your list without me needing to recommend it.

Still the last episode is of special note because I'm on it.

First time I've been on a podcast, was really good fun.
Posted by Stabs at 02:13 No comments:

In Brave we have a problem. On the one hand many of the high skill point pilots want sov null with the ratting and mining opportunities and the epic large scale battles. On the other hand we are an alliance that recruits large numbers of very new players and we want to give them opportunities to develop in an environment that isn't as brutally hard as a backs-to-the-wall, last-days-of-Rome all-out sov defence.

One solution that has been suggested is to split the alliance into a newbie friendly lowsec campus and a separate sov section.

Here's a look at how we could do that using systems right next door to each other: Okagaiken, a system in Caldari faction war space and W-4NUU, a system in Cloud Ring. Effectively HERO would have 2 capitals, 2 adjacent market hubs, a conurbation collectively known as WOKA-4.

Now Cloud Ring has its own inhabitants but my suggestion is that instead of fighting them all we ally with as many of them as we can, building the kind of relationships needed to hold sov space. Waffles won't blue us; on the other hand we might be the last best hope for J4LP now that they're no longer protected by The Imperium.

This would position us very near to PH, Karmafleet and Waffles and not all that far from RvB, Stay Frosty and E Uni's low sec and null sec campuses so there would be plenty of fun content for our newbros.

Sov in Cloud Ring is for the most part pretty awful but there's a silver lining to that in that we are more likely to be able to compete for it. Plus things may change in phase 3 of the Sov Revamp where CCP will be looking at nullsec rewards. If we can get Fweddit (J4LP) on board there's the possibility to peacefully gain access to Cloud Ring's only good constellation.

This plan combines the advantages of my previous Nennamaila plan with a genuinely attainable sov project.

Sov: in Fozziesov the only way to protect space is to live in it which means that although some null superpower could throw us out of Cloud Ring if they want (and from time to time this surely will happen), we can just shrug, focus on lowsec stuff and then reconquer W-4 after they move on. This means we can to a certain extent keep assets in sov space as they can't, in the long term, be trapped so long as we remain interested and based in WOKA-4.

This means we can at last perhaps have a relatively peaceful period for those who want to build up isk while retaining the availability of content for people who want it.

Jump bridge/caps: from W-4 most of Cloud Ring is conveniently inside jump range.

High sec access is fairly easy - the nearest system is 5 jumps away but watch out for Waffles gate camps in Kinakka. Jump freighter access from Jita is very easy.

Cloud Ring is like Catch - a crossroads region - with exits to 5 other null sec regions and 2 low sec regions.

I think this is a strong option for Brave and HERO offering all types of content and isk-making opportunities. Pvp would be fantastic with a much broader range of challenges including fights against people much weaker than us.
Posted by Stabs at 12:57 2 comments:

Well it's been a funny old week in Brave's AT squad.


Tuesday practice - cancelled due to lack of people.

Thursday practice cancelled due to lack of people.

OK, screw this time to do some management.

Now I am the grandson and great grandson of farmers and there's an old farmer's trick that works wonders with stubborn mules.

We will give out prizes based on contribution.

Everyone in the alliance: CCP will be giving out medals to every character that was a member of the participating alliances on the first day of the tournament. CCP Logibro confirmed to me all 15000 of us will be getting a medal from CCP. The better the team does the shinier the medals so think of the newbros when we warp to the arena on August 15th.


All other prizes are for squad members. If they decide to cash out please give first refusal to fellow squad members, second refusal to members of the alliance otherwise I don't care who you sell it to.


1st-3rd place: 12 ingame Alliance Tournament Medal inventory items are given to teams that come
1st-3rd. These will be allocated to the 12 people who contributed the most and don't count against other rewards.


If we win: Alliance Tournament Cup becomes property of the Brave Collective for 1 year.


Plex, ludicrously OP prize ships and ship skins. - all this stuff goes in a pool. We will list the squad by contribution. Top person gets an item, then the next then the next.


Ship skins
10 Nightmare skins per win that are pretty rare and look like the Fiend/Imp.


Ships Feast your eyes! (linked above)


We may even (loss - loss) get this:
1st-30th nothing apart from drama cynos on the subreddit.


Oh and I'm neither guaranteeing myself in nor ruling myself out. If I boundary violate like a dumbass and knock us out I probably won't count my contribution that high but if I do well you better believe I want one of them sweet sweet Fiends! Same for Tosan and anyone else who gets roped in to do management stuff.

Guys I love you.

You know I love you.

We had to cancel 2 practices this week because of low turnout. So we're on a cusp - are we going to take this seriously or is it just a casual thing where people rock up on the day and get owned, shooting off fireworks as we go down?

You know me well enough to know where I stand on this.

Now I have a queue of people knocking on the door who would love a chance to take part in what I think is going to be an amazing experience for us. Not to mention people who wouldn't mind a shiny Nightmare skin.


So from here on out if you're really apathetic I'm going to replace you. (Still love you tho).


The rule is: if you don't show up to practice over a 14 day period you're out.


Now that's not megaharsh, it's just 2 hours a fortnight. Holidays illness are fine. Please notify me if you can but if I kick you then you rock back up and say "I've just been in hospital for 3 weeks" I'll reinstate you asap.


Now it's possible some people think "I'm a kick-ass player, I don't need to practice."


If you're a kickass player we're not practicing so you can get good, we're practising so our weaker
squad members can get shored up by you. Suppose you're a fantastic tackle frigate pilot. Well we might want you to guard our logi. The logi however might be a bit raw and sits in the wrong place or comes too close or doesn't know what to do when damped. Well you're his partner - you talk to each other and practice how to deal with those situations. Maybe he needs to come in - so you anticipate what he's vulnerable to and tackle it right, telling him to go left. Once the damps are off he wants to pull range but he's tackled. So you peel.

The team within a team which is you and the logi you're protecting can't do all this unless you've learned to play together and when to key up and talk to each other.

When you intervene like this as a manager you never know quite what's going to happen. Will it work? Will it blow up in your face? So it was a nervous team captain that turned up to the Saturday practice, the most important practice of the week, the one where usually we play another team.

Pandemic Horde had turned up and we agreed to practice a few matches against them. Like us a newbie organisation, unlike us, advised and trained by tournament experts and past winners, PL. So no pressure then.

Now don't read too much into this we were both a bit short-handed and our comp was rock to their scissors. Still it felt damn good.

The PH squad are now friends and will be future practice partners and I'll be cheering loudly for them in their matches. Their captain is ex-Brave player Broodalpha.

Sunday saw another good practice and tonight another. Activity is up, skill is up, we're still making a lot of mistake but we're now all actively helping each other fix mistakes with people comfortable enough with each other to point things out and to accept criticism gracefully.

I'm sure there will be more hiccups and dramas to come before we nervously step out in front of the watching eyes of the whole of New Eden but if you're wondering if things are going well with the AT Squad?

Why yes, I do believe they are.
Posted by Stabs at 03:29 No comments:
Newer Posts Older Posts Home
Subscribe to: Posts (Atom)