Can the CFC survive?

The war in the North is heating up and seems to be going really badly for the Imperium (CFC). They announced on Friday that they were evacuating the Vale of the Silent region. Lawn and The Bastion alliances will relocate to Saranen for pvp and throughout other hopefully safer space for their ratting and mining.

Reddit has exploded with an amazing propaganda campaign, mostly from the attackers but some CFC posters have joined in the fun. There has been such a flood of memes that /r/eve has had to add a propaganda filter for users who don't want to see it all. 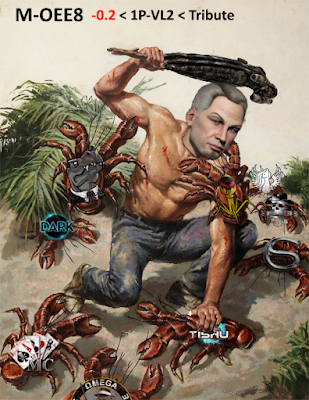 A lot of the propaganda is celebratory in tone, gloating over a war seemingly already won. I don't think that's true at all, so let's look at how the CFC can defend itself.

To win a nullsec war you need to keep forming until the other side gets fed up. It's a contest of tenacity, although many other factors influence that tenacity. It's a lot easier to be tenacious if you're winning for example.

On one hand Goons and their friends may have an advantage here. They have a reputation for enduring such contests but that should be viewed with scepticism. Sure, the core group of Goons are tenacious but those guys are a tiny proportion of the 40k CFC population - it's people like Wilhelm the Ancient Gaming Noob who fleet up fairly casually but effectively and in massive numbers that determine the coalition's tenacity. The Imperium has attracted a lot of players who want to rat and mine in peace while driving away a lot of people who want to pvp such as myself and Talvorian Dex.

The Imperium needs to keep their Wilhelms, their casual players, enjoying themselves, not burned out and motivated to keep forming for fleets. It's not the core fanatics who will decide the outcome of this war, just as in a General Election it's the swing voters who matter.

Never mind the reputation then there are several other factors that help the Imperium be tenacious. Number one is that they live there - if they don't fight they face disaster while their attackers are generally doing so for fun or for mercenary contracts, contracts that alliances can simply allow to lapse if people are bored (as TISHU did recently). Generous SRP means that Imperium pilots can welp ships all day and be reimbursed and there's not really a worry about the Imperium running out of isk.

For the attackers we simply don't have so much invested. All of us are here for different reasons and many attackers are not particularly Grr Goons. In fact it's probably driving my friend Gevlon nuts that this existential threat to his arch-enemy's existence is headed up by PL who so often in the past have cut deals with Goons. We're not really a coalition at all, just a bunch of sharks drawn to blood in the water.

For the attackers to remain interested basically we need to keep winning and to keep being entertained. Some of the dafter comments from the Imperium pilots and leaders are great fodder for this as is the magnificent propaganda.

And here's where the Imperium has a real problem. They are bleeding, there are a lot of sharks and more sharks are being drawn by all the blood creating an upward spiral. While the attackers aren't blue to each other there's a general consensus to kill Imperium first, then perhaps shoot each other after.

In the Podside podcast they highlighted the fact that the Allies shoot each other as a crippling weakness. It's actually not. We're killers, we shoot everyone, that doesn't make you safe because there's lot of violence. It in fact means we're particularly dangerous when we are all pointed the same way because we live pvp, not just form up reluctantly if we're made to not rat for a bit.

Let's look at the military situation.

The Imperium has been focused on ratting for a long time and has subsidised capital and supercapital programmes for several years now. Looking at the stats for March so far Deklein is still top in nullsec for ratting kills with Branch not far behind. If we assume an average half a million isk per rat that means in March alone ratters in Deklein earned 5 trillion isk, 15% of which went to their alliance as taxes.

The wealth has allowed line members to get into supers and titans in large numbers. 2 years ago at the battle of B-R the forces of PL and NC. were roughly equivalent to the forces of the CFC. (The Russians fighting on the CFC side tipped the balance in that fight). Now after all this unchallenged income making it's pretty certain that the Imperium has a significantly larger titan fleet. 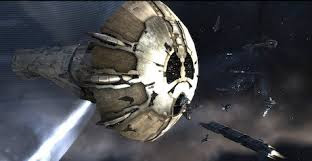 However if we're moving towards a major, decisive titan battle then the Allies could be augmented by all sorts of people who have supers but who didn't fight at B-R like Snuffbox and Test.

Formup for a titan battle isn't like other formups. If someone pings for tengus or machariels people don't really worry about the cost of the ship when deciding to join the fleet. With your titan you always think about risk and reimbursement. The 100 billion isk or so loss isn't really sustainable by a player - no one wants to have to rat for a year to replace a pvp ship that was lost because the FC goofed.

Of course SRP is promised but even there there's still a risk. Suppose the Imperium lose the titan fight. 100 dead titans. Approx 100 billion isk each. Now Mittens could spend 10 trillion isk reimbursing them all while his coalition disintegrates around him or he could take the money and run. In a way if they did lose a titan battle it would be rather pointless to reimburse everyone as at that point SRP would not save the coalition from being conquered.

After the 2014 Phoebe patch titans are very limited in range. Here's a map showing where a titan can jump to from the Goon traditional home of VFK. 5 AU doesn't get you very far, it covers about half a region.

Now let's assume they can jump, wait out the orange fatigue then jump again and see where they can reach with a 10 AU range. Conveniently a Jump Freighter has that range so I'll use a JF for the Navigation tool but it's meant to represent two 5 AU titan jumps. Here's what 10 AU from VFK can reach.

Crucially it doesn't reach Branch, Tenal or most of Tribute. So the Allies can conquer those regions without a risk that a fight could be escalated all the way up to a B-R style titan battle. (The Imperium probably would not want to move its entire Titan fleet to one of these regions because if they did they leave the homelands wide open). 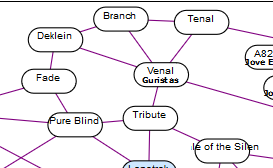 So this is probably the next phase of the war - an onslaught on the abandoned infrastructure of Vale as well as steady conquest of these three areas. I predict that Tenal will be abandoned within a week or two and that the next couple of months will see intense fighting in Branch and  Tribute while subcap gangs roam ever closer to the Imperium heartlands.

If the Imperium loses these regions then things get very difficult for them. They will have a coalition of people who want to rat packed into Deklein, Fade and Pure Blind protected by a titan blob. The capital changes coming in April make it so capitals of all sizes are more likely to die so we will probably see a significant rise in titan losses while at the same time subcap dominance is really difficult to achieve because of the sheer number of sharks in the water. We will also see many impromptu home defence fleets led by bad FCs (people who aren't really FCs at all) that rely on escalation to swing fights that have been misplayed. Normal nullsec precautions like don't rat if there's a neut in Local will have to be suspended. As the territory shrinks it becomes easier to cloaky camp every system.

If it gets to this point I think we will see the Allies win the tenacity battle at the subcap level. Individuals and corps who prioritise ratting will slip away.

For the Imperium to win they need to start winning fights and grinding down the enthusiasm of casual pvpers who come to shoot them because it's a laugh. They can also get a win handed to them if the Allies commit to a titan battle and lose it. But other than that I think they need a diplomatic coup of some kind. Maybe they will hire mercs themselves.

It's turning into a very interesting war.
Posted by Stabs at 12:55