I decided to do the Angels epic arc so that I will be able to run missions in Fountain. In Fountain our local rats are Serpentis. Shooting Serpentis makes them dislike you. However it's possible to run Angels missions while still being free to shoot enough Serpentis to make them utterly despise you which is quite a good way of doing it.

This unlocks the following range of PvE options:

- Serpentis Forsaken Hubs, Havens and Sanctums (the best anomalies, found in sov space mostly as they can be forced to spawn with ihub upgrades).

- Angels missions. These pay Loyalty Points which can be cashed out for nice equipment including special faction ammo, Halo implants (a full set is a 19.6% reduction in sig radius), and pirate faction ships the Dramiel, the Cynabal and the Machariel.

Clearly there's enough that the missions aren't really needed but it's nice to have it there as an extra option.

I advertised it on /r/bravenewbies and got 6 people in fleet but none of them had the standings to run the mission series. Advice on raising standings with factions is here - for us the simplest way is to run missions locally in Fountain where we live. Every 16 ordinary missions gives you a special storyline mission (probably from WY-) and it's those special missions that raise your faction standing. Faction 3.0 is needed (unless you're super brave and do your missions with the Dominion Angels in Fountain Core's staging system. I'll talk more about running missions out of hostile stations safely in another post.

The upshot of my formup was that I was the only person doing the mission so I burned off to Molden Heath in a travel fit interceptor to talk to the agent.

Here's a couple of good walkthroughs.

It was Sunday night Eu time, one of Eve's busiest times. While eastern Fountain and Cloud Ring were pretty quiet and high sec poses little threat to a travelceptor Curse was heavily camped. Molden Heath and Great Wildlands were quiet too but once I got to Curse there were people on every other gate. I managed to get through in a sub 2 second align ceptor but a standard pvp ceptor would have been killed. At one point I even got pointed on an undock under in 2 seconds but luckily I was able to dock back up in half structure. I was relieved to find no one on the undock when I came back after half an hour and burned myself an instaundock.

Most of the missions were go there, click this, again perfect for the travelceptor. Here's how I did the chain.

Mission 2, go there get the update warp off

Mission 3: I picked Serpentis Fill-In. Take the box to the cargo container, drop it in.

Mission 6: This was really nasty. I added a small amour repper to my travelceptor and it wasnt enough. First I picked off the henchmen with long range ammo and arty. I couldn't break the main guy even with close range ammo so I went shopping and got some autocannons. Still couldn't win because he was pushing me down faster than I was killing him so I swapped to cap rigs so I could run a cap stable repper. Still couldn't win because he controlled range so I swapped in a web. Finally killed him.

Shopping in Curse is an epic mission in its own right.

After doing this one I read that I could have killed a large collidable Remote Reps Station that was helping him to make the fight much easier. Doh!

Got a Faction Target Painter which I left in the station.

Mission 7: Talk to someone

Mission 8: The guide says "Choose Situation Normal and rejoice in your easy mission" Who am I to argue with that?

Mission 9: Fairly easy with long range Artys. I had to run the repper but didn't have to warp out.

Mission 10. I used my autocannon, cap stable rep fit with web. The rat webbed me and held me 7.5km off. I considered going to get some mid range ammo that would have been more effective but I was winning using Hail in deep falloff so I just waited it out. Naturally I forgot to loot him and had to warp back to collect the tag.

Got a Cynabal bpc.

I also got a massive standings boost which was my main reason for doing it. I went from -9.something to +0.08 with really good Social skills. Missions also paid quite a lot of cash: 6-7 million isk per mission for 8 missions. Overall it probably took me about 4 hours but that includes shopping etc.

Advice for others/myself next time I go:

- shop in advance. Shopping in Curse is horrible

- take a friend. It's hard to break the tanks alone. I'm just about ok but most of my skills are Vs.

- don't do it on Sunday night when the gates and undocks are heavily camped. 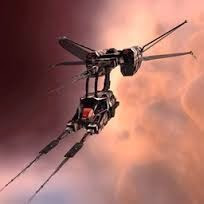 Add an istab for the Gyro to get under 2 second align.
Posted by Stabs at 13:35