Well I certainly picked an interesting time to join TEST.

TEST alliance has thrown in with EMP to help open a second front in the big null sec war. Let's have a recap of that war so far. 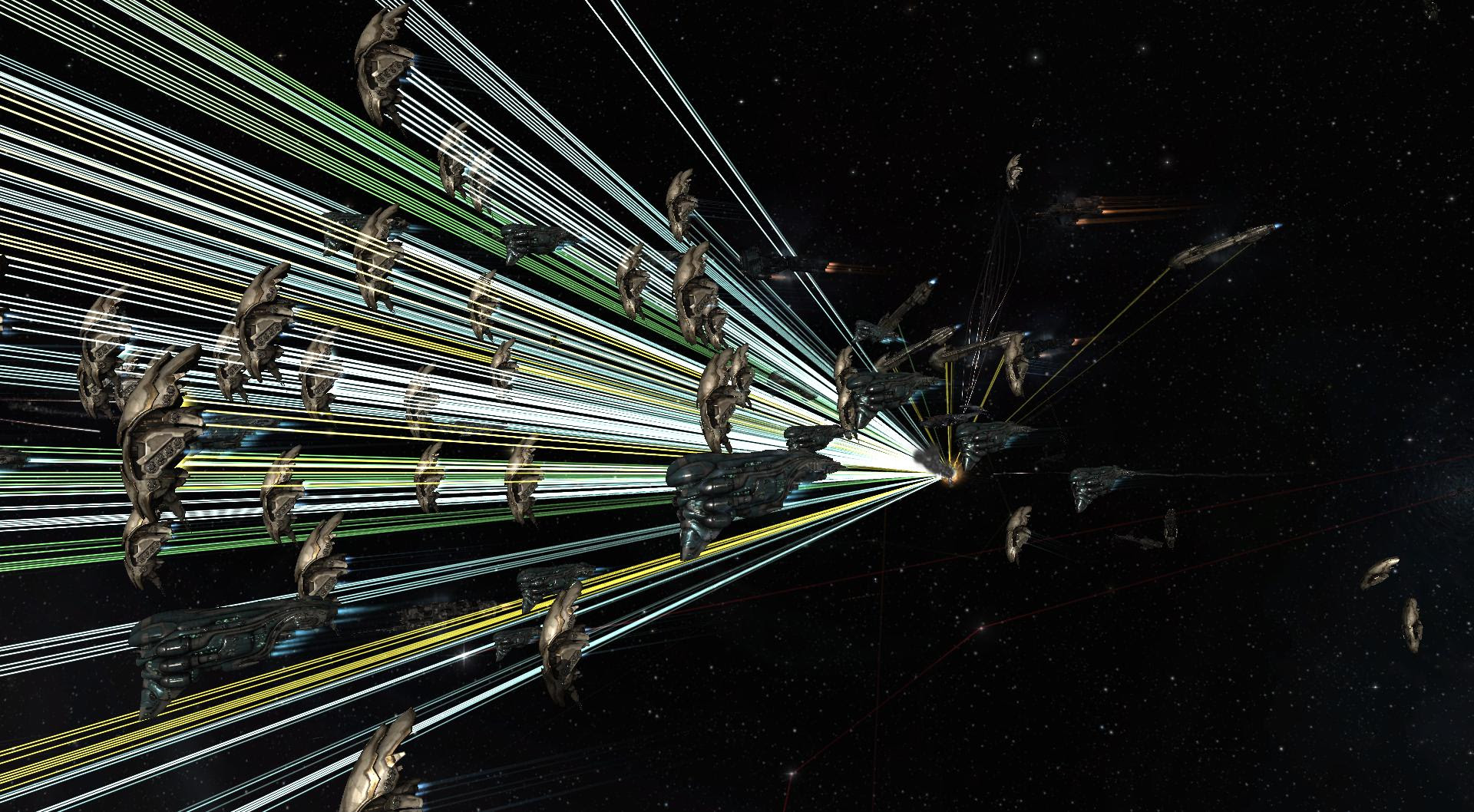 A collection of Russian alliances with Black Legion started a war against N3 and PL in the Catch/Immensea/Curse area in the South. The CFC announced, rather tongue in cheek, that they would be "honorable third parties" but actually staged an optional deployment in support of the Black Russian coalition.

It was expected to be something of a cakewalk, especially when the CFC escalated to full war mode.

PL and N3 managed to hold the opposition by shipping up, using almost exclusively T3 strategic cruisers and slowcat carrier blobs, escalating to titans and supercaps at the drop of a hat. This is a new development in the Eve meta and their opponents have announced they will be countering it with a Naglfar long range alpha strike Dreadnought blob although they have yet to have success with this doctrine in an actual battle.

While all this was going on some CFC alliances (Gents, FCON and CO2) made opportunistic attacks on Droneland sovereignty. EMP, fed up of tidi fights in the South (and perhaps not rich enough to live with the expensive doctrines fielded there by their allies) moved north to counter and did so successfully. The CFC alliances withdrew and deployed down to the main CFC blob with some relief.

EMP bullishly announced on Saturday that they would be invading Gents space. Gents' initial reaction is reported to be indifference, regarding the threat as minor.

TEST announced on Sunday that we would be supporting EMP in this operation. We have been given access to EMP fleets and communications and some of us spent the evening melting GENTs POSes pretty much unopposed. There were a couple of very inept bombing runs but most of the bombers died and they didn't kill anything.

The question posed now is how serious is the EMP/Test threat to the CFC flank?

I think the answer is moderately.

It's not going to be an amazingly aggressive assault on the Vale simply because CFC has local supercap dominance. If the TEMP coalition were to use Dreads then the CFC could escalate to Supers and PL and N3 would be unlikely to be able to rush north and save us. So it's a matter of how much we can destroy with Oracle and Brutix fleets.

It probably will need some CFC elements to be deployed to face us. The handful of bombers and gate gankers we saw tonight were utterly ineffective and there's a lot of enthusiasm in both TEST and EMP. However pulling an alliance out of the south would crucially weaken the Omegafleet Naglfar doctrine which only works with a large number of Naglfars to achieve alpha after taking a few losses. Nor is there any prospect for the CFC of wrapping up the southern war fast then moving back north.

In the Fountain war we saw the CFC pull out some amazing metagame moves - such as the infiltration of Test logistics and the dropping of sov in hundreds of N3 renter systems. I think we're going to see Mittens once more reaching for his bag of dirty tricks.
Posted by Stabs at 07:22