Looking ahead to gaming in 2018

Happy New Year everyone, I hope you're all suitably recharged.

Here's a look at what's coming up that I'm interested in this year.

I've become a little burned out in Eve and am interested in 4x strategy games and online Magic the Gathering. I'll definitely get busy in Eve in a couple of months, most longtime players experience fallow periods. 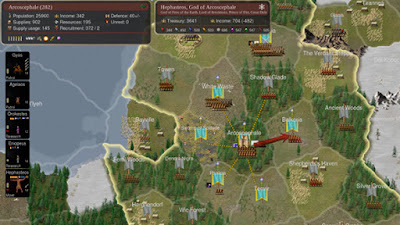 This is what I'm playing now. It's a very deep, gameplay-oriented strategy game which disdains modern graphics and has a novel NPE approach. Instead of a tutorial they've just adapted to the shifts in gamer mentality and got a popular Youtuber to do an introductory series for them. It's kind of brilliant because it's what most gamers do anyway. So I started the game, futzed around a bit until I got stuck, watched Youtube, came back to it later (oh! it's doubleclick to select all units of a type) when I'd picked something up from watching another player. It's no doubt far cheaper for the games company to let an enthusiastic fan do the work and he comes with a pre-existing audience of players. I expect they paid him a little money but it compares pretty favourably with the vast amounts of time and energy CCP have spent on Eve's New Player Experience.

By the second day there weren't really outstanding UI confusions and I was happily designing fantasy religions and trying to conquer maps with them. There's a massive amount of different religions to explore and I've been tending to give up games half done because I want to try the Cthulhu mythos or Vampires or some such.

There's a very good magic item creator which I really like. I'll write an intro and some links in a follow-up post soon. 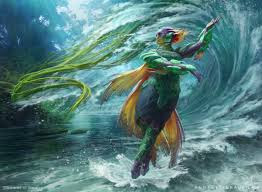 I've written about Magic before. There's a brief window after every 3 monthly expansion releases where the players are rather clueless, lots of people who don't normally play Limited are fumbling their way around and the cards are high price as people build their constructed decks. It never lasts too long, probably 4-6 weeks is where the format is mature enough that the people left to play are nearly all experts who know what they're doing.

Prerelease is next weekend, the online feeding frenzy starts the Monday after and there's already some expert set analysis on youtube from some of my favourite players including The Mana Leek and Nizzahon.

A new Civ expansion is due out on 8th February. I might not get it right away, perhaps staying on Magic but I'm definitely going to buy this dlc as it introduces some very interesting new features. I particularly like the notion of Golden Ages and Dark Ages, where you can play yourself into these ages by doing various things to score points. The points are summarised in a beautiful looking new report screen that tells an illustrated story of your game empire. Shades of the Young Lady's Illustrated Primer from Diamond Age. 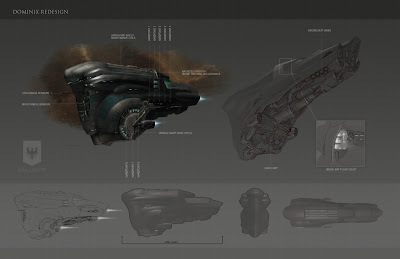 I've certainly not given up on Eve. I still turn my PI harvesters on daily although I'll admit the immersiveness of these 4x games has played havoc with my schedule. PI is very high isk per click with the right set up and can be done in a very relaxed way while watching Netflix.

However just doing that and not playing much has left me with rather a surplus of isk so I may start looking for trouble in bigger ships than I usually use. I think a Dominix might be fun. I'll probably be somewhere around Oullietta where Stay Frosty hang out as Rix and his friends have been kind enough to take me in.

I'm missing not being able to train with a tournament team. ABA practice on Thunderdome and CCP haven't sorted anything out for that server since sacking Logibro.

The Alliance Tournament will be happening around August and I want to get a long run of training in in the lead-up to that. I don't know who I'll be flying with yet but I've got some training ideas that I'm very keen to try.
Posted by Stabs at 06:59