From Capri's address to Black Legion we learn that one of the most divisive moments was when Elo formed a CTA fleet to retake Y-2ANO. We learn from the Soundcloud (Capri's @ 10.50) that this CTA ended disastrously and caused deep and divisive drama after Elo arranged it then failed to show up to his own op.

Apparently this mayhem was the result of the actions of a single mischievious interceptor pilot. 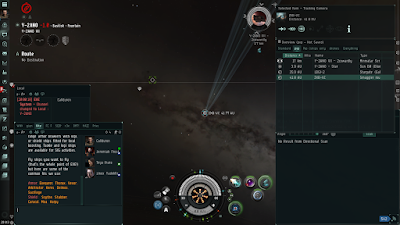 I think that's the first alliance I've killed, pity it doesn't show up on my killboard.
Posted by Stabs at 21:28