The Alliance Tournament finished on a high note with a superb day's matches culminating in a great final series that saw Warlords of the Deep worthy champions.
For Brave it's been a run to be proud of. We put in a lot of work on sisi, the Test server, with our practice partners. I'd particularly like to thank Test, PFR, CVA, Shadow Cartel, Ministry of Inappropriate Footwork, NC., Affirmative, Explicit, Waffles and Pandemic Horde for scrimming with us and making us feel very welcome. Most of these teams as well as us made it into the second weekend and three of them made it to the third weekend which shows how useful this form of preparation is for AT sides. 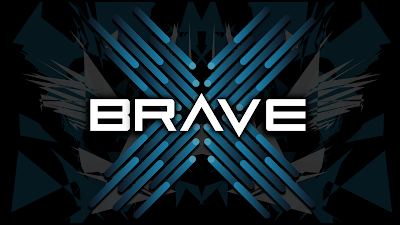 We finished up on Day 4 with 2 wins and 2 losses. Pretty respectable start for a first time team. Of the first timers I think only PFR and REVOLUTION went further than us.

Our first match was a squeaked out win with our tinker holding together for the full 10 minutes while squeezing in a Heretic kill. This beat Easily Excited a pretty competent AT team who themselves finished 2-2. Our inexperience showed - we had to play tinker because we had underestimated the time needed to fit up our ships and only had three comps ready and two of those were taken out by our opponent's oneiros/guardian ban.

Our next match was another disorganised one as we had to shuffle around command ship pilots at the last minute. In the confusion, despite agreeing we'd run the Sensor Integrity link to reduce ECM we forgot to put it on the command ship and got brutally punished for it by PFR's Scorpion. It was still a very close and thrilling match that could have gone either way for seven and a half minutes. We wished our practice partner, PFR, well while quietly kicking ourselves for lots of silly execution errors that caused the game to slip away.

In the second weekend our first match was against a rather little known alliance called Brothers in Arms. After researching them I became convinced they simply didn't have enough pilots to run anything but tinker. I banned tengu and loki forcing them into an inferior armour tinker and we produced an exceptionally fine performance with a somewhat gimmicky ultra high dps comp. Props to Yuri for coordinating a thrilling bombing run.

Our next match was against another practice partner: the Ministry of Inappropriate Footwork. We had become convinced in discussion that teams weren't prepared for sentry drone comps which while nerfed from their pedestal of 2014 were still performing well in practice. "We've out-manouevred the meta," I smugly announced to the team as I handed out ships. Pride comes before a fall and our inexperience showed as we failed to realise that jams from the 2 blackbirds were causing our application to completely fail. We got hammered and reaction from outside was that drones were a terrible choice. I'm still not convinced that drones were a terrible choice - it was more our lack of understanding of the pieces we needed in place that let us down - jams on our frigates killed us. In any event our opponents brought a strong comp and executed perfectly, I think we may have been trying to be a little too clever. In a cruel twist of irony the Footwork captain told me afterwards that they only brought the Blackbirds because I banned out Svipuls. Doh! Too clever by half.

I had three goals running Brave's AT squad.

1) Kelnon had asked me to put up a good performance even though we weren't expected to win a game. We surpassed this goal.

2) In addition I wanted to try to dispel the notion that AT is some elite thing for super high skill point players. We had a number of very young pilots - in fact the majority of our players started in 2013 or 2014.

3) I wanted to lay a foundation for future Brave AT entrances. We have most of our funding intact (we lost almost all of two comps plus we used a set of +3% implants/mindlinks every match). Cornak will in due course announce how much we have left. We have a solid core of institutional knowledge including an AT corp on sisi which has been the subject of many good-natured coups. This corp has our corp fittings and corp hangars full of practice versions of our AT ships. We have very animated AT forums, currently kindly hosted by KiteCo. And we have a lot of people with a deep understanding of how to prepare for a tournament.

And with that I'd like to announce that I'm stepping down as Captain. I've had an absolute blast running the AT squad and it's been wonderful playing so intensely with such a capable group of pilots. It was a ton of work though and I think next time I'd rather focus on my personal performance (which I wasn't very happy with) than have to worry about a hundred things at once.

I'd still like to allocate the prizes we won this time as agreed with my then boss, Kelnon. I intend to distribute our 20 skins and our plex prizes among the squad members who put the most effort into making us a success.


I'd very much recommend doing this to anyone who feels ready to step up. It's a tough demanding job that's thoroughly rewarding and fulfilling. It's probably more fun than anything I've ever done in gaming (and I played my first video game in the mid-70s). We'll put a post up in the SIGs section of the Brave forums for people who might be interested.

There's more than the Alliance Tournament. Test host their sisi scrims most of the year round although I believe they take a short break just now. CCP Logibro has announced an Amarr succession solo pvp tournament which this SIG could be of great assistance in helping Brave members practice and theorycraft. There's also player-run events like Eve_NT and so on so while it's a seasonal SIG and for much of the year there may not be a great deal going on I think it's best it keeps ticking over rather than shutting it down then having to start from scratch next June. Anyway all of that will be up to the next management team, not me.

Thanks to everyone in Brave who has taken an interest, come to a practice, donated isk or helped us in other ways. The AT SIG is a great credit to Brave and a source of new player interest and I hope we continue to have Tournament gameplay as an open and inclusive option that our members can choose to do.

See you on sisi!