A win for the blogosphere!

"Absurd," they claimed. "Irresponsible," they called us. "Mass ignorance and hysteria," they said.

"First, we're hoping to broadly maintain the current balance of manufacturing between hisec, lowsec, nullsec and w-space with these changes, purely because it reduces the risk of the changes as a whole. We're hopeful that the summer release will make manufacturing in nullsec more viable, but we're not attempting to comprehensively address nullsec industry in this expansion as it needs to be done as part of a wider consideration of the nullsec ecosystem."

That really wasn't the case before for all CCP want to imply "nerf highsec, no no we never wanted that, apologies for the miscommunication." The original dev blog clearly stated otherwise:

"Expect costs ranging from 0% to 14% of the base item being produced for the most extreme case."

Reading that with the knowledge that currently almost all non-cap manufacturing occurs within 2 jumps of Jita it's clear who that was going to hurt.

There's still a very strong move towards nullsec via the refining changes but at least high sec industry won't be hit by a double whammy of 14% manufacturing costs on top of significantly worse refining.

Great job to everyone who blogged robustly about this. We won! 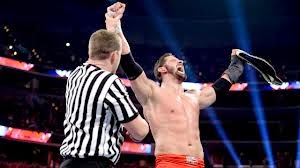 Sadly in some cases I think we have lost good people we won't get back but at least Mord Fiddle, probably the finest writer blogging in Eve this year won't be completely out of our reach.
Posted by Stabs at 04:39