I came up with this design after a few days playing in RvB. I'm quite excited about it as I think it could be super fun.

The art of war is deception they say. 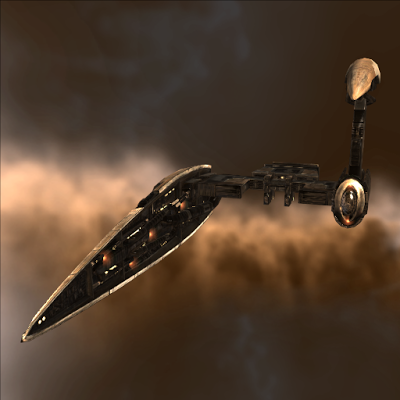 You can reinforce the notion that this is the correct thing to do by tracking disrupting someone from 100 km (110 km if you have Leadership V bonus).

And of course it's utterly the wrong thing to do for a great many ships.

This thing is small fast and screws with tracking. So if chased down by a Merlin, hell even a Vagabond, it can stop them from hitting. It scrams and webs so if it can get to 10 km range (usually by pretending to run away then suddenly doubling back) it can stop the other ship escaping. And with its drones out it does a hell of a lot of damage for a frigate. Certainly enough to kill a cruiser or a buffer tanked battleship.

So it's an ewar frigate that is also a tackler trap!

It's not perfect. It's weak against missiles. It has very low effective hit points so a lucky shot might alpha it if you lack transversal velocity.

But it's cheap. useful in both its roles and I'm sure that a lot of people will get suckered by this little fellow, especially on boring gate camps. I've used Blasters but you can use any small close range guns. It also scales, You could go out with 5 of these and be dangerous to a lot of much bigger ships. 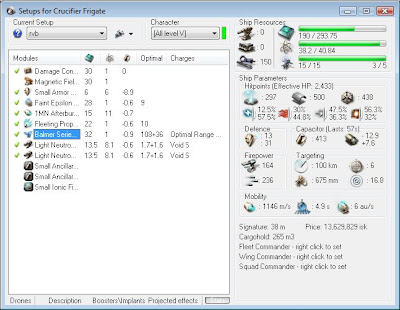