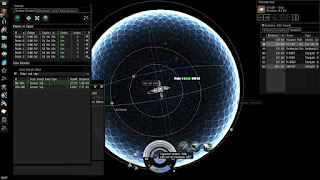 I'm going to wheel things back a little and continue my series on wormhole life by starting at the beginning. Everything in wormholes stems from exploring, a three dimensional geometry minigame that some players don't mind and some players can't stand. (There's a few who actively like the minigame but not many I suspect. For me, I don't mind the minigame but I actively enjoy the results derived from it).

Most Eve players don't do this exploration stuff and regard it as some kind of mystical voodoo that allows veteran players to suddenly materialise on top of you when you thought you were safe in the middle of nowhere. So before you consider wormhole life you need to be able to say Yes to three questions:

1) Am I competent at the minigame?
2) Am I willing to enjoy or at least tolerate repeating this minigame over and over for as long as I live in w-space?
3) Do I have time to spend half an hour or more doing this before I move on to other activities during many of my play sessions (you can do some things in wormholes, ie anomalies, without exploring first but even that's not recommended).

For the first step, competence, do the in-game tutorial and watch the CCP youtube tutorial.

To make my next point I first have to clear up a myth. Exploration has changed several times in Eve and as a result some people cling to old-fashioned ideas that work very well for them but which are not actually rational. The myth is that certain amounts of probes less than your maximum work better. You'll see people claim that their 5 probe pattern is the best possible set up.

To disprove this myth we'll use set theory which is very similar to exploration. When doing exploration we want the point we are looking for to be inside as many bubbles as possible. Have a look at this Venn diagram: 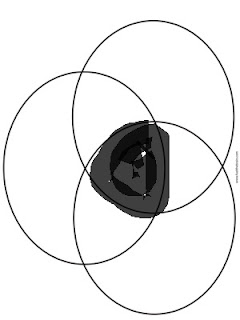 You see the shaded area? How many circles is it inside? It's not a trick question, the answer is three. Now take a look at another example:

How many circles is the shaded area inside? 2.


Now every time someone insists that their pattern of 5 probes works better than dropping your maximum (which is 8 with Astrometrics V) they are asserting one of two things:

2. Or that trigonometry doesn't become more accurate the more vectors you have.

Let's consider that for a moment. Which way is Paris? Point to it. Now imagine we have someone in Capetown, someone in Tokyo and someone in London also pointing to Paris and we can take your vector with theirs and look at the cross section. Which is more accurate? It's evident that the more vectors we have pointing towards our target the more accurate we will be.

So never ever listen to someone who tells you that using 5 probes or seven or three works better than dropping your maximum. Always drop your maximum. (The only exception is if you are hunting people and you don't want them to see your probes and you don't want to spend the time dropping all 8 because you know roughly where they probably are. Even here rushing will sometimes produce worse results).

Next we'll talk about dimensions. I had an epiphany many months after I first started scanning. It sounds really obvious after the fact but it's this:

When plotting a point in three-dimensional space there's only three dimensions that matter.

What this translates to is control your probes by using the arrow keys only, don't click and drag the middle square. If you move the whole thing you can't see how you are moving it in 3 dimensions when you are using a 2 dimensional computer monitor. So drag the arrows so you get the probe cluster centred on the dot, then tilt the view 90 degrees and adjust up or down, tilt back and correct.

Let's take it from the top. Get to a safe, align to a celestial, launch all your probes (usually core, you can use combat with good skills), cloak. 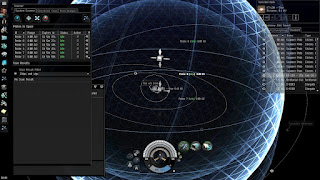 Drag one probe upwards using the arrow. Drag one the same distance down. 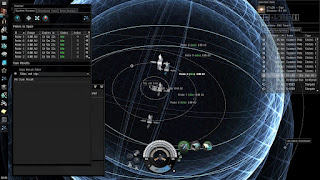 Drag one out in front, drag one behind. 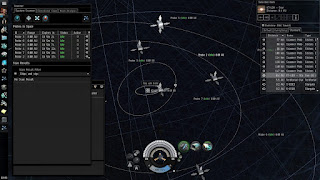 Drag one left, drag one right. 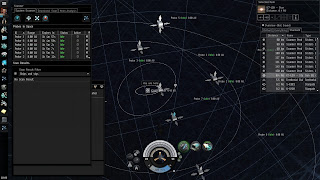 If you have an 8th probe (Astrometrics V) place it halfway between the centre probe and one of the others. This gives some useful overlap. 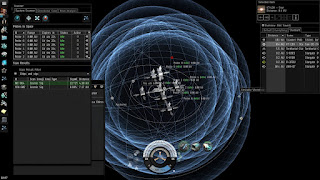 Hit Analyze. See what you get. 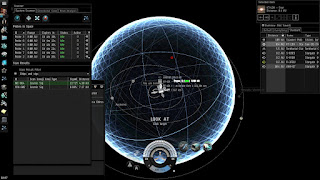 Click on any one of the arrows, hold alt and drag them all inwards so they form a neat stack. 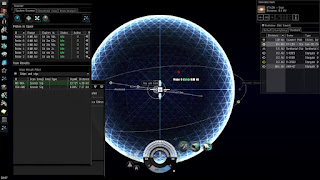 Tilt the view so you're looking at one of the arrows on a level, so one end of the arrow points right at you, the other side points directly away on the flat. 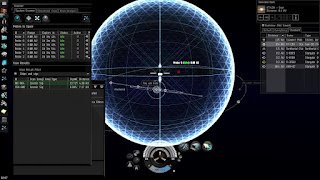 Move it by shift dragging the cluster so that it's level with the red dot, the sig. This probe cluster is now, as far as we can tell, at the same height as the sig. We'll go on to correct it in all three dimensions so that it'll be right on the sig.

Tilt the perspective up 90 degrees so you're looking straight down on it relative to where you were before. (So what we've done is change the view so that we're now looking at the two directions that we haven'y yet corrected). 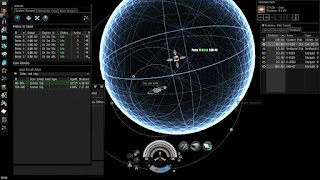 Shift drag the cluster of probes to the red dot. 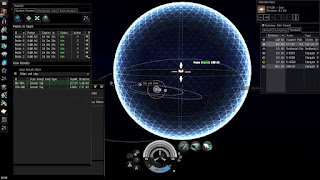 Tilt back 90 degrees to check the original perspective, the up/downness if you like. See how it's now slightly off on this axis? 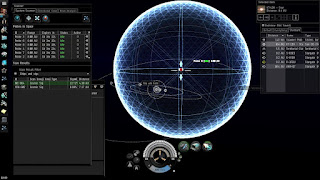 Correct it by shift dragging the probe cluster. Alt drag on any one of the arrow keys to pull the probes apart so we have nice Venn diagram style overlapping circles. Don't go too far or the point won't be inside multiple circles which means we won't get multiple triangulation points. Don't move them too little or you won't get sufficiently different directions for good triangulation (it's not helpful if all your probes tell you the point is West of them). 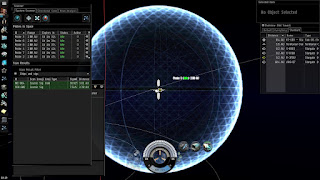 Scanning has given us a better location on the signature. You can see in the Scanner window that the INE-964 sig now has a signal strength of 38.92% meaning the dot is more accurately located in space. As we've passed the 25% threshhold, the Scanner window also now tells us what type of signature it is - Unknown. In Nullsec this means either a tough pve complex which is quite likely to escalate or a wormhole. In wormhole space Unknown is always a wormhole. You can see in this screenshot I've already collapsed my probes on the point in preparation for narrowing down my search. I've also resized the big blue balls. You do this by putting the mouse cursor on the edge of the blue ball until it turns into directional arrows, then shift dragging them in. I usually drop 2 sizes at a time but that's with fairly good skills (all Vs, no implants). So I've dropped from 8 AU to 2 AU. Try that but if you find that when you condense down you lose the sig next time you hit Analyze you'll need to limit yourself to one size decrease at a time (eg from 8 AU to 4 AU).

Note: if you have a filter on you will lose sigs suddenly as threshholds are passed. For instance if you check all the sig types except Grav then start scanning it will allow you to scan sigs down until they pass the 25% threshhold then realise it's a grav site and filter it. However you don't know this so all you know is that you condensed the big blue balls and the sig stopped showing up - you think you've lost it and expand outwards looking for it. You can waste a lot of time doing this. 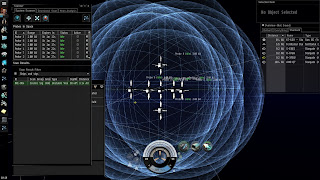 After we hit analyze, we get over the 75% threshhold and the Scanner window tells us what type of Unknown sig we are locating. It's a wormhole. We don't yet have a warp-in at the signal strength is less that 100% but we're close. 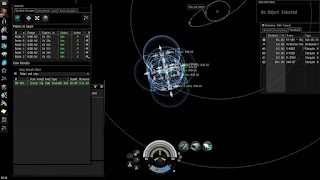 I've resized my balls and re-positioned them. When I hit Analyze I'll have the wormhole.

Now go and try it! There's no final screenshot of a wormhole with 100% sig strength because you have to go and get that for yourself!