So far my preparations for WoW Classic have consisted of consuming a great amount of youtube content and getting excited. 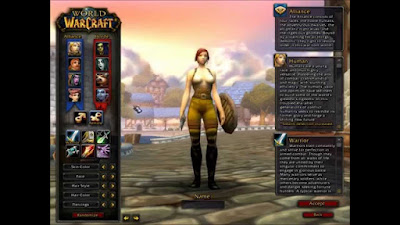 For everyone thinking about playing this retro treat there are a few common elements we need to process before we dive in.

I want to play Horde. I always liked the Orcs from games before WoW even came out and developed a great attachment to the faction back in the first run-through of Classic.

After considerable thought I've decided to play a Warrior. Warrior sucks early on, its solo levelling experience terrible by comparison with any other class. It offers the most in the end though. Raid tanking is epic, warrior dps becomes amazing later on, arms warrior pvp in the days of windfuried Arcanite Reapers and better should be fabulous and it's the class with the best claim on the legendary weapons Sulfuras and Thunderfury as well as a host of great epic weapons. It also scales incredibly and attracts healers like moths.

The downsides can be largely mitigated by levelling by doing dungeons. If I'm in a dungeon I'm getting heals and if we have a mage I can get a stockpile of free food for later on. Being the dominant tank class should make forming groups very easy and I'm reasonably confident of managing the job competently. (I don't think I'd be able to manage the more intricate modern WoW raids as a main tank but I'm confident in Classic).

Knowing the class means there's a clear favourite race: Orc. Orcs get stun reduction which is a secret superpower against the dominant pvp class, Rogue. With rogues being able to pick and choose their targets most of the time they usually won't try anything against an Orc Warrior as both plate and the stun reduction seriously tilt the odds against them. Blood Fury and Axe specialisation are also pretty nice. 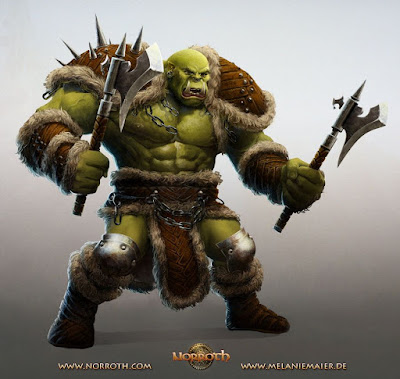 My playstyle will be heavily instance based because that's what I loved back in the day. In fact I recently rolled a Zandalari Troll Warrior and that was great in dungeons earlier this year. I think I'm going to have an utter blast in Wailing Caves, Scarlet Monastery, Stratholme and all the other old favourites. As mentioned it also counters some of the in-built drawbacks of Warrior levelling.

Gold is an important goal. I want to become rich not just to enable other things (like mounts) but also because I like the whole wow goblin playstyle. It also fits in with the instance running - I can be browsing the auction house while waiting for my groups to form.

I've found the best way to become rich quick on a new server is to go dual gatherer. Now the very richest people will be crafters who can be first with certain recipes and make a ton of money while they have a monopoly. These will be people who play about 16 hours a day and who are fed by a guild. That's not me, not even close.

So dual gatherer - with a twist. Miner/(Dis)enchanter. Disenchanting is an incredibly powerful gathering profession. Enchanting is a horrible gold sink but disenchanting when you are receiving a flood of bind on pickup blues is extremely lucrative. At some point (probably after epic mount) I'll level enchanting but I'll be fine making minimal progress and selling all my mats at the start. Mining is not bad in dungeons with Dark Iron Ore end game relevant and a bunch of rich Thorium veins at the end of Dire Maul. It also feels more socially acceptable to stop for an actual mine compared to being the tank who stops for herbs. Because a mine is more substantial and people will connect it with a tank's way of gearing up.

Cultivating a friends list is a very important part of playing WoW Classic. Warrior facilitates that because most people are pretty happy to have a tank friend. It also allows me to tune the 5 man team a bit so that I can work around problems like Druids not being able to ress (by for example having a dps Priest or Shaman). It may also let me get more Warlocks in groups as getting a summon is a huge boon. (Not that I intend to be one of those jerks who never runs to help). It also allows me to deselect jerks and slackers as some players are going to be absolutely terrible to run dungeons with. Getting serial wiped by a ninja puller is I suspect to become a big part of many people's pug experience. The friends list even synergises with disenchanting as I can disenchant other people's drops that they'd normally have to vendor.


At end game I'd like to raid Molten Core and all the subsequent raids. By doing dungeons I hope I'll have a decent gear set when I ding 60 and I can farm pre-raid best in slot and fire resistance gear pretty fast. As well as get the mats from my gathering professions for high end Blacksmith crafts.

I won't be an early 60 I don't expect but I hope to get there in the second wave when most guilds are still filling out their raid rosters.