Eve: mental amount of politics in the HBC

My coalition seems to be seething with bitterness and frustration. First Jadecougar got fed up that the coalition leader obviously considered him an arse, the final straw being a dumb post on the Test forums that got 100 neg rep, making it clear most of Test considered him an arse. Then Thorn and Raiden squabbled over space so bitterly that Montolio said "fuck this" and threw in the towel. This didn't stop the squabble escalating and in the end Thorn stormed out of the HBC furious. Tribe fell out with Troll over who deserved the Paragon Soul region more after the Zombie Ninja Space Bears suddenly noticed that the alliance was only one dude and had been thus for months. 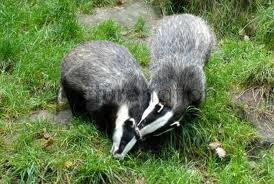 Now Nork, an ex-Test corp which had been using Test as a feeder corp to get into PL, went nuts when set read only on the Test forums and starting shooting Test, both while they were neutral and waiting to get auth-ed into PL and as soon as they turned blue. They somehow managed to lose a super doing this. Test has reset Pandemic Legion and the two are neutral at the moment. But the Pandemic Legion guy is still head of the HBC.

I feel sorry for the dude from my corp who they awoxed. I don't think he had even heard of any of these corps and alliances (except Test).

Have no clue what's going on. Am hiding somewhere quiet exploring mag sites until it's a bit clearer that a blue in local isn't someone about to attack me.
Posted by Stabs at 18:25