This is an After Action Report for a fleet I just ran for The Bastion. I really enjoyed myself. I'm not technically a CFC FC yet but hopefully that will happen soon. 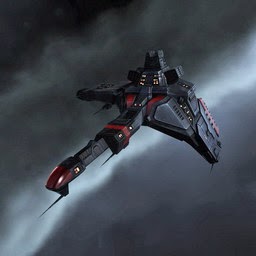 I took a fleet out partly for the fun of it and also partly to test a few of our systems.

I believe Carneros pinged it but for some reason I didn't get the ping. I do get goon ones.

Spamming in alliance chat got me some people, spamming in our Bastn jabber channel got me some more, I think I had 10 inties and 2 T1 frigs in the end.

We burned to Cobalt Edge then raced to the system with the most recent ratting on dotlan. Spooked a lot of miners and a few blingy ratters. Some close ones but no kills. We then headed to another busy looking system and caught a Drake and a Hulk - sadly the Hulk got away before we could establish secondary points. The Drake didn't nor did his pod.
https://zkillboard.com/kill/38983506/

We then headed to Oasa where we found 4 carriers on D scan but didn't get a tackle. We did get a legion who was belt ratting on the way home. Higuise heroically pointed it until he died. Still inty for legion is a decent trade.
https://zkillboard.com/kill/38984102/

We got some superb angry Russian rage in local for that kill which I'm reliably informed meant "I kill your mother and rape your sheep." (Don't have the chat open, might have misremembered the order).

We then stopped off in Venal on the way back to get Higuise a noobship and accidentally found a fight. It was a very messy fight - we killed an Ishkur and put a loki into half armour but we had people missing/reshipping so we disengaged and regrouped. We lost a couple of inties and a frig. TRI got very mad and camped some of our guys into station with Onyx, T3s etc so like a true brave and loyal leader I told them they were on their own and led the rest of the guys back home. 3 velators were sacrificed to send people to TVN the quick way.
https://zkillboard.com/related/30001329/201405201800/

We nearly caught a cynabal 6 jumps out but it too got away and that, as they say in showbiz, was that.


Analysis:
- ragged comp
- superb fleet discipline
- non bubble immune ships coped well with our extreme pace (except the pod)
- we lost at least one to not disengaging. More practice with inties will reduce losses.
- upbeat friendly chat
- no paplinks available
- I'd like people to be able to get peacetime SRP later on please. (Total losses 3 inties and an atron).

I'd like more doctrine conformity (but I guess we need a doctrine first, right?) but otherwise went super smooth and made a lot of bad guys mad while entertaining us.

Also can I be a FC please?