HOMMO: A blast from the past!

Wonderful news for those of us who played Heroes of Might and Magic in the Nineties.


Heroes of Might and Magic Online (HOMMO to its friends) is launching in the West after a successful run in Asia.

four magic systems and allows the player to choose heroes from eight factions comprising a total of 56 unit types.[2]  It is staged on three different levels:

* A global, randomly generated level, where players move and interact in a typical MMORPG fashion (in realtime)
* A strategic level, similar to a Heroes III map, where the heroes move within a certain amount of time
* A turn-based 3D combat level using a tactical grid, similar to the combat mode in Heroes III

In other words a randomly generated open area which will be like the standard WoW zone and may or may not feature ganking, a Homm3 style strategic map and a Homm3 style tactical grid. 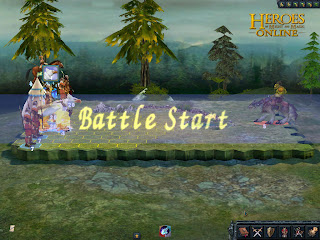 Wow fans will be delighted to know that the game features a sparkly pegasus - I'm reliably informed these alone are worth $25. 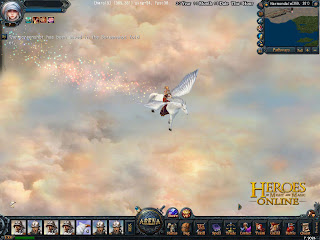 It will be a big nostalgia trip for me. Whether the game holds general appeal will depend on how well they can clean up the current state of the game's English. It looks pretty unpolished from the screenshots.