(Editor's note: this is an internal document written as an After Action Report for Pandemic Horde who were kind enough to let me take a fleet out and try something ridiculously ambitious. I'm told that Pandemic Horde is recruiting and that you can find out more in in-game channel Join Horde).

Today we tried to headshot Goons. You know, those Bee guys.

Goons have a capital, nullsec's Jita, the bustling trade hub of YA0. I estimate there's around 50 trillion isk worth of assets there. Losing it would be an utter disaster, collapsing confidence in the lying Goon leadership and trapping these assets, possibly for years. The ratters would have nowhere to shop for ammo, nowhere to buy new ships, complex T2 and T3 manufacturing chains would be broken by the inability to buy critical subcomponents. Deklein would grind to a halt.

8 Pandemic Horde heroes set out from Okagaiken on a mission for glory, our weapon the mighty Cormorant class destroyer, our mission to win the war in one dramatic stroke.

We burned up into Deklein losing a couple of stragglers not far out of Okagaiken. Sorry for not waiting, we had to reach the target before the vulnerability window ended.

We got into YA0 and started entosising and camping the station. A carrier came out to take a look but decided we were scary and docked back up. We were reinforced by a small waffles svipul gang. We murdered a couple of ships on the undock including a limited edition Gnosis battlecruiser. Just became more limited he he.

A large and seemingly very angry Goon caracal gang landed on us. In the words of Jennifer Lawrence "Oh Hell NO!" I bounced us to a planet, then we extracted without loss but for the stuck entosis ship.

We headed back nonchalantly, having stuck our head into the bee's nest, taken a huge poo on their lawn, then sauntered out whistling.

After all we have a name for the station once we conquer it, once we trap 50 trillion worth of CFC assets and cause their coalition to dissolve in tears. 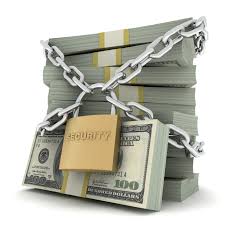 Big thanks to everyone who came especially Reapered who wants to do it again every day from now on.
Posted by Stabs at 11:12