Pacifism, the philosophy of non-violence, has a long and distinguished tradition in human thought. Jesus Christ was a pacifist. Mahatma Ghandi. Compassion for all life, human and nonhuman, is central to Buddism and Jainism. The Protestant Reformation of the sixteenth century gave rise to a number of pacifists sects including the Quakers and the Amish. The Quaker province of Pennsylvania was essentially unarmed and experienced little or no warfare during the 75 years from 1681 to 1756. The nineteenth century saw more articulation of this position, including the thoughts of Russian author Tolstoy. The rise of socialism based on the theories of Marx saw an opposition to war which was seen by many socialists as exploitative of the working class for the benefit of capitalist profiteers. 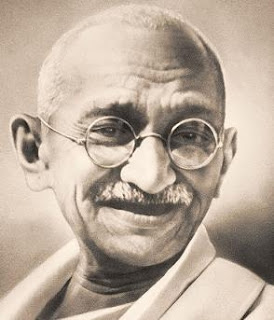 The First World War featured "conchies", conscientious objectors, who refused to fight. 16 000 men were recorded as conscientious objectors in the UK of whom 6 000 were sent to prison. They were often despised by the general public, with a white feather being handed to them (signifying they were cowards). In World War Two there were 60 000 conscientious objectors of whom 5500 were imprisoned. Many conchies were given work in non-combatant military service such as the Royal Army Medical Corps. 350 of them even volunteered for bomb disposal work.

In real wars pacifism is an important consideration. In politics and diplomacy peace is often sought as a desirable goal. So why are games so bloodthirsty? And do they always have to be?

There are two main reasons that games are bloodthirsty. One is tradition, the other relates to game mechanics.

The traditional accent on war in games goes right back to ancient civilisations and is, I think, influenced by the availability of equipment. There are of course games with free or cheap equipment - any kid can grab a feather and run around tickling the other kids, any kid can find a stick and throw it. Dice are fairly cheap to carve from wood or bone. But more sophisticated games such as chess, go, and draughts required leisure to produce, leisure which was only available to those who could extract the labour surplus - the warlords. While the peasants toiled in the fields the warlords and their knights waited, bored, for a fight and devised ways to pass the time. These pastimes reflected their interest in war and were a way to pass their military wisdom to their heirs.

Computer games directly inherited this theme. The early uses of computer for gaming was a dream of building a computer so sophisticated that it could beat a human at chess, seen as one of the most intellectual of achievements during the 1950s and 1960s. The other big influence on computer gaming was Dungeons and Dragons, a combat game that evolved from tabletop wargaming.

Computers are particularly suited to game mechanics that are based around fighting. In life the alternative to fighting is talking, whether to playground bullies or around the diplomatic table. Talking was particularly difficult for early computers to handle as they were machines built to process numbers not language. I wonder if this is still true. While computers are based on numbers deep down we have so many sophisticated programs for dealing with language that this technological limitation may no longer apply to these tools. Google applies sophisticated algorithms to search phrases that may be linguistically inelegant and still finds relevant results even where the search is clumsily phrased. Virtual worlds are used for language learning with over 200 universities or academic institutions using Second Life.

The game world is based on modern society. Players start as young people entering the world of work and must develop careers as the main game play mechanism with pacifism as the goal for most players and war as the goal for a small minority. So advancing your career is how you play, completing your career without war is how you win if you're a pacifist, causing a war is how you win if you're a hawk. One possible way of motivating people would be Winners Play Free - if you win you get another go. This of course would mean that the company doesn't make much money when the pacifists win, that doesn't necessarily matter and shouldn't influence game design.

In the pacifist gameplay you have a role that is basically firefighting. So a journalist might need to write an article condemning a military solution to a crisis contrived by the game engine and exacerbated by the hawk players. The article could be tested using metrics software - how many people Like it, how long do people spend reading it? (If people glance at it for 2 seconds then hit Like that's not going to count for much). Hawks have career advantages in that they have dirty tricks options. So they can blackmail, bribe and beat up people to advance their careers.

The gameplay can be extended to real world social networks with the ability to make Youtube videos, to tweet, to create social media pages in game. So for example you could give a speech in game, upload it to Youtube, get a million hits and 100k likes in the real world and that would influence your character's success in game. Speeches and videos would also be matched against a google type algorithmic pattern searching program to see if the speech matches peaceful themes or warlike themes. If a speech is given that is warlike, even if given by a pacifist player then all those hits advance the cause of war.

Career paths that players could choose should reflect influence brokers and power in modern society. Politicians, political lobbyists; businessmen and women, military officers, secret agents, journalists, union leaders. Affiliation would be secret (although players might guess based on someone's actions). Most spots in the game would be doves. This may well not reflect what players want to do so two things would be needed to keep the matches balanced. First players don't have a choice - they pay their money they draw a card, if they get their preference great, if they don't they can pay to draw again if they want or play what they drew. Next activity needs to be monitored. If 40% of your doves are inactive you need to add more doves to the match. This is fine since it means that people in the game will be at different stages of their careers.

Everyone's allegiance is secret but there should be some solid advantages to being overt. A pacifist newspaper might be able to wrack up a lot of Peace Points. A hawk newpaper getting a lot of Likes and Time Spent Reading could be really dangerous.

The timeframe of a game is the length of someone's career. If we says they start at 20 and retire at 65 that gives us 45 years. A reasonable length of time for a match might be 9 months, so we have 5 years of career progression per month.

Working title? How about "Peace in our time?" 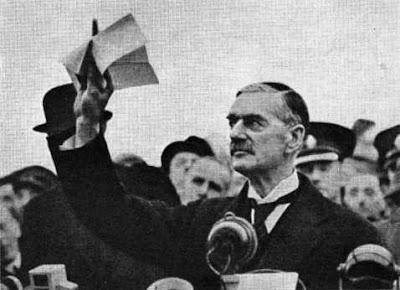